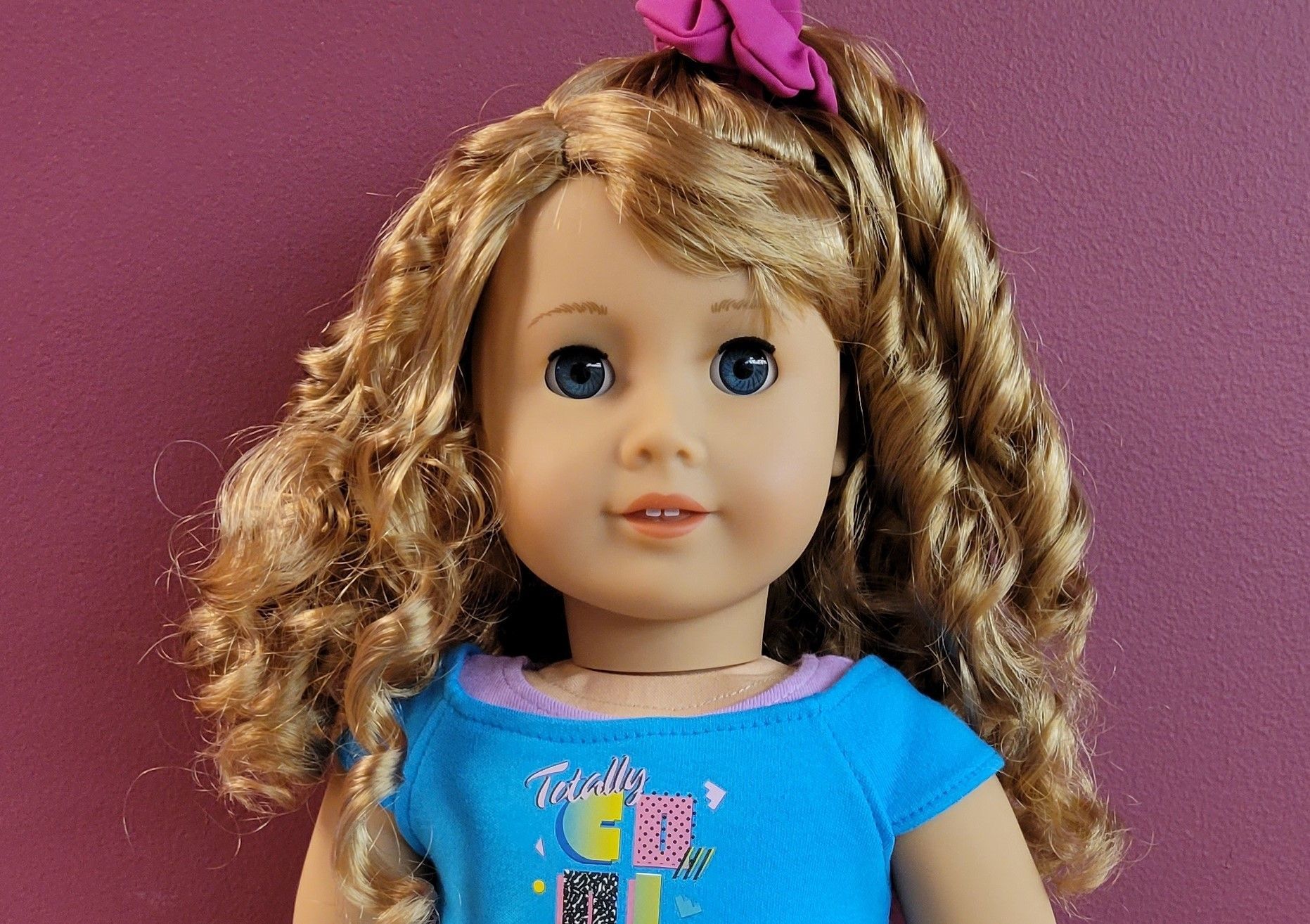 Meet Courtney! Courtney comes to us from the distant past of 1986! (When Miss Emily, our Assistant Director and Children's Librarian, was only a year old!) Courtney loves video games (she has one of the high scores on the Pac-Man machine at the arcade), her guinea pig Parsley, and visiting the mall with her best friend Sarah. You can read about her in her books Courtney Changes the Game and Courtney: Friendship Superhero.

If you'd like to borrow Courtney stop in to the library to check her out, as long as she is available! Each doll can be checked out for a week at at time and you can also borrow accessories and extra clothes! In addition to Courtney, Green Tree Public Library is also home to 18 other dolls available for check out:

The library has been lucky enough to support such a large collection of dolls through the support of ACLA, Green Tree Women's Civic Club and a number of private donors. If you would like to contribute to this amazing program, make a donation today. Your donation will go to inspiring a love of reading and history in the children of Green Tree for years to come. Click here to donate>>>